For the uninitiated, Super 6 is a free-to-play game, promoted by Sky Sports, which involves predicting the correct score in each of six football matches, usually on a Saturday afternoon, chosen. Obviously, the odds against doing so are phenomenal, but the jackpot prize for a sole winner – typically £250,000, but occasionally £500,000 or even £1,000,000 – has been won on numerous occasions down the years.

In fact, the first sole winner of the £250,000 prize was Fred Crossman, a 68-year-old pensioner from Ripon, North Yorkshire, who did so on Saturday, October 1, 2016. Crossman correctly predicted away wins, to nil, for Chelsea, Huddersfield and Newcastle and score draws between Watford and Bournemouth, West Ham and Middlesbrough and Sunderland and West Bromwich. His success was never a foregone conclusion, though, with Patrick van Aanholt coming off the bench at the Stadium of Light to score a late equaliser for Sunderland, with just seven minutes of normal time remaining.

Not that Crossman was bothered, in any case. Engrossed in the drama of the Ryder Cup from Hazeltine National Golf Club, he missed Soccer Saturday on Sky Sports and remained blissfully unaware of his good fortune until his son showed him a video clip of presenter Jeff Stelling announcing that the winner was a 68-year-old from North Yorskhire. Afterwards, he said, ‘I’m still shaking. It’s hard to take in at the moment. I thought it was a scam when I got the email asking for my documents.’, adding, ‘It feels unreal.’

The Ronaldo conundrum: Is Manchester United’s number seven helping or hindering his team?

As Cristiano Ronaldo rose in the air, you just knew what the outcome was going to be. Meeting Alex Telles’ corner with a powerful header, the ball arrowed into the top corner, leaving Tottenham Hotspur goalkeeper Hugo Lloris rooted to the spot. 3-2. Hat-trick. Three points for Manchester United.

Ronaldo’s return to Old Trafford has been a tale of twists and turns. He made an instant impact early in the season, to the point where fans and pundits were hailing the decision to bring him back to the club. However, there have been times in the months since where it seems as though Ronaldo’s presence in the team has affected United’s ability to press from the front — a sense that this shining emblem of the club’s past was now holding them back.

But then he produces moments of magic like he did against Tottenham. His first goal seemed to transport everyone back to 2008, when Ronaldo was in his pomp for Manchester United under Sir Alex Ferguson. Receiving Fred’s flick some 25 yards from goal, Ronaldo unleashed a powerful, dipping effort beyond Lloris and into the top corner. Later in the half, he put them 2-1 ahead after Harry Kane’s equaliser, getting on the end of Jadon Sancho’s cross to tap home from close range. Then came the late header which sealed the win once and for all.

This is the Ronaldo conundrum that is dumbfounding fans, pundits and writers alike at the moment. On one hand, the Portuguese international is one of the greatest footballers ever to walk the earth. Indeed, his first goal against Spurs saw him become the FIFA-recognised leading all-time scorer in football history. Surely that should be enough to give him value to Manchester United beyond his mere commercial appeal.

But if United are to truly make strides in the coming years, you feel that having a player like Ronaldo among the ranks just won’t cut the mustard. Ralf Rangnick has been tasked with taking the reins after the inconsistency of Ole Gunnar Solskjær’s tenure, to pave the way for a new permanent manager to join in the summer and lead the club forward, hopefully helping their chances in the odds for football betting.

United’s aim will be to replicate the success that Manchester City and Liverpool have enjoyed in recent years, but when you look at those teams there are no outliers in the squad in the same way that Ronaldo is at United. Yes, they have recognisable star players in the form of Kevin De Bruyne and Mohamed Salah, but those two are a key part of their team’s respective systems — a vital cog in the winning machine.

Ronaldo, by contrast, feels like a luxury — the shiny sports car that looks good and feels good but isn’t so useful for the school run. His presence up front for Manchester United has undoubtedly been a hindrance to players like Sancho and Marcus Rashford, who are forced to operate in the shadow of this footballing behemoth.

Even at the age of 37, Ronaldo undoubtedly still has the quality to play for one of the world’s biggest clubs, but you have to question whether his presence at Manchester United is what the club needs to progress and start the next chapter.

At the end of the 1960s, a little over 50 years ago, Manchester City made history by winning its second English title. The achievement crowned Joe Mercer and Malcolm Allison as important figures in City history, but also their squad, eternalised in the hearts and minds of City fans.

The team began its path in the second division and fought its way to the top of English football, while always displaying a technical, elegant, and offensive playing style.

Rising to the Top

Before this, during the interwar period, City had already become one of the most expressive teams in Manchester and one of the most consistent in the country with one championship title, several top-five finishes and three FA Cup finals under their belt. This period was one of the most successful of the club, which is only comparable to City’s modern-day dominance. After a series of impressive years asserting their dominance at the top of the tables, Manchester City are continuing on with their victorious streak, according to the Premier League outright football betting odds. They’re currently priced as the favourites to win the Premier League with odds of 8/11 and it’s doubtful that they could be thrown off course by other contenders.

Of course, the Manchester City of yesteryear boasted the ultimate dream team. With Ken Mulhearn under the goalposts, Tony Book and Glyn Pardoe on the sides, and George Heslop and Mike Doyle in central defence, City had a solid structure at the back. Leading the attack there were equally competent players, such as Francis Lee, Mike Summerbee, Neil Young or Tony Coleman, while Alan Oakes and Colin Bell, who has recently been compared to Sergio Aguero and Bernardo Silva, played ahead of the defence and projected the team forward. 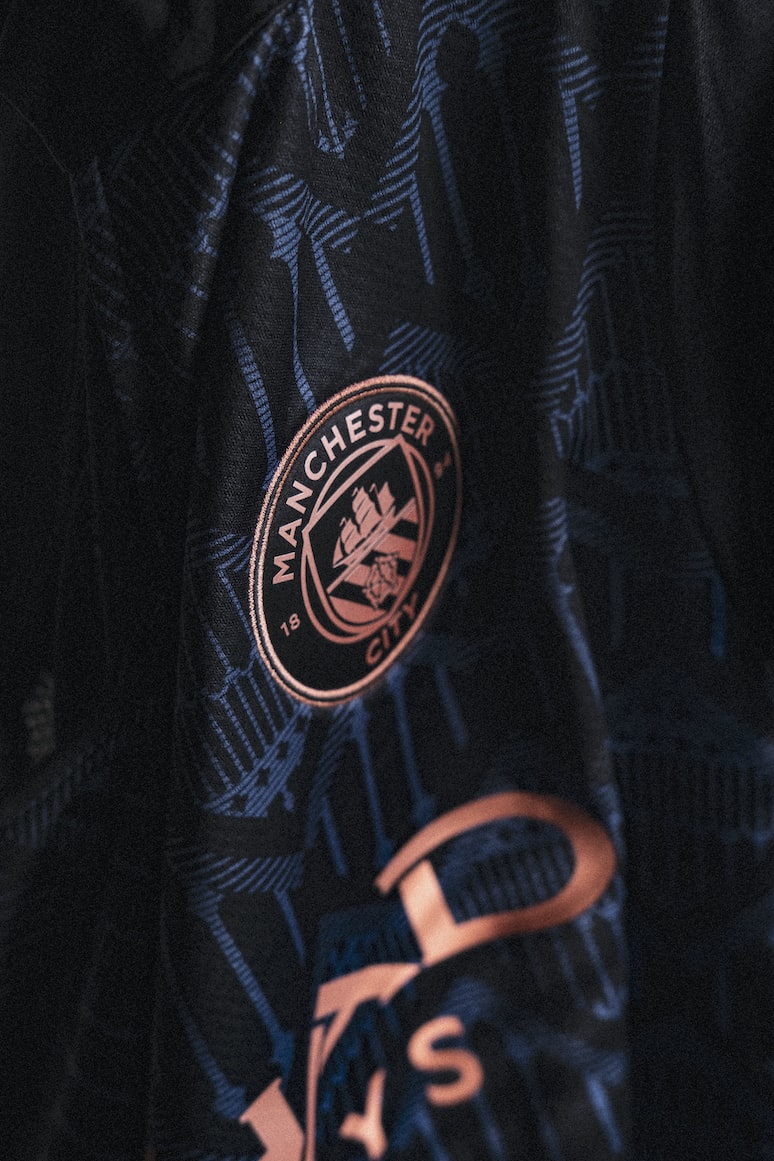 City kicked off the 1967/68 season hesitantly, tying at home with Liverpool and then losing against Southampton and Stoke City. However, they bounced back with five consecutive victories, four of them at Maine Road, including a 2-0 over Nottingham Forest, runner-up of the previous season. Nonetheless, this positive run was followed by three defeats, one of them against United at home (2-1). Later, on October 14th, after a 2-0 home win over Wolverhampton, the Citizens began an undefeated 11-game streak, which included a 6-0 victory over Leicester and a magnificent performance against Tottenham (4-1), that has been nicknamed ‘Ballet on Ice’.

The good streak made them title contenders alongside Manchester United, who were the big favourites two win a back-to-back championship title.

City first took the lead of the league in early 1968, after six wins and a draw in the first seven league games in the new year. However, after losing to Leeds in the following match, United took the lead once again. Four days later, the Citizens had a real chance of reclaiming their place at the top of the table, as they faced their rivals at Old Trafford. It was now or never. In front of its largest audience of the season, City took matters into their own hands a comfortably beat United, 3-1, with goals from Bell, Heslop and Lee.

The decisive date, however, was May 11th, when the two Manchester teams faced northeast teams: City visited St. James’ Park to face Newcastle, while United hosted Sunderland. The Citizens only needed to win to secure the title and while Newcastle did score three goals, in the end, they secured the result and won 4-3, crowning them champions.

At the end of the season, City’s attack was the second-best in the championship, with 86 goals scored and the fourth-best defence, with 43 goals conceded (only three more than Liverpool and Everton and two more than Leeds).

Ultimately, City’s 1967/68 season will forever be remembered by English football fans as one of the most competitive and entertaining ever. On the other hand, Manchester United fans are more likely to look back at the season with a mix of happiness and sadness as they won their first European Cup and became the first English team to win the competition but lost what could have been their second back-to-back League One title.

In 2014/15, newly-promoted Leicester City won seven of their last nine matches to ensure Premier League survival. However, by the start of the 2015/16 season Claudio ‘The Tinkerman’ Ranieri had replaced Nigel Pearson as manager and the Leicester City was written off by bookmakers, who offered 5,000/1 against the team winning the top tier of English football for the first time in their 132-year history. Indeed, the same astronomical odds were still available on October 6, by which time the Foxes had won four, and drawn three, of their first seven Premier League fixtures and lay fifth, just three points behind leaders Manchester City.

However, the bookmakers soon learned the error of their ways and what followed was widely considered one of the greatest shocks in sporting history. In a truly remarkable campaign, striker Jamie Vardy broke the Premier League record by scoring for the eleventh consecutive game in a 1-1 draw with Manchester United at the King Power Stadium in November and, in early February, Leicester City became favourites to win the Premier League. By mid-March, the Foxes were odds-on and went on to win the title with two games to spare, eventually by ten points. Vardy was named Football Writers’ Association Footballer of the Year, winger Riyad Mahrez was named Professional Footballers’ Association (PFA) Player of the Year, while defensive midfielder N’Golo Kante and centre-half Wes Morgan were both named, alongside Vardy and Mahrez, in the PFA Team of the Year.

A celebration of sporting history, and the iconic moments that define it. All of your favourite sports are featured including athletics, football, horse racing, rugby, tennis, and the various US focused sports. Enjoy this trip down memory lane.